The Center for the Study of Race & Democracy and The Philosophy and Film Series present the Created Equal Film Series:

"SLAVERY BY ANOTHER NAME"

Join us for a screening of the documentary film followed by a discussion moderated by James Wermers, CSRD Affiliate Faculty.

It was a shocking reality that often went unacknowledged, then and now: A huge system of forced, unpaid labor, mostly affecting Southern black men, that lasted until World War II. Based on the Pulitzer-Prize-winning book by Douglas Blackmon, Slavery By Another Name challenges the belief that slavery ended in America with the Emancipation Proclamation and tells the stories of men, charged with crimes, and often guilty of nothing, who were bought and sold, abused, and subject to sometimes deadly working conditions as unpaid convict labor. For most Americans this is entirely new history.Slavery By Another Name gives voice to the largely forgotten victims and perpetrators of forced labor and features their descendants living today.

This documentary is part of Created Equal: America's Civil Rights Struggle, a major grant from the National Endowment for the Humanities, as part of its Bridging Cultures initiative, in partnership with the Gilder Lehrman Institute of American History. 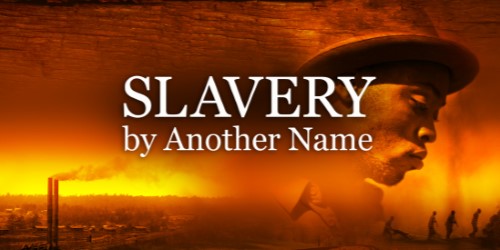