Dolores Huerta is among the most important, but least known, activists in American history. Huerta tirelessly led the fight for racial and labor justice alongside Cesar Chavez, co-founding the first farm workers unions, yet her enormous contributions have gone largely unrecognized. As one of the most defiant feminists of the twentieth century, the now 87-year-old Huerta remains steadfast in the fight for justice.

Join us for a screening of Peter Bratt’s 2017 documentary “Dolores,” which provides intimate and unprecedented access to Huerta and challenges history’s account of her life and contributions. The discussion will use the film as a framework to explore the personal stakes in committing one’s life to social change and examine pressing issues related to race, gender, immigration and justice.

More about the documentary:

History tells us Cesar Chavez transformed the U.S. labor movement by leading the first farm worker's union. But missing from this story is his equally influential co-founder, Dolores Huerta. Like so many powerful female advocates, Huerta and her sweeping reforms were, and still are, largely overlooked. Even as she empowered a generation of immigrants to stand up for their rights, her own relentless work ethic was constantly under attack.

Peter Bratt's provocative and energizing documentary challenges this incomplete, one-sided history and reveals the raw, personal stakes involved in committing one's life to the fight for justice. Interweaving archival footage with interviews from Huerta and her contemporaries, the film sets the record straight on one of the most effective and undervalued civil and labor rights leaders in modern U.S. history. Produced by Carlos Santana. 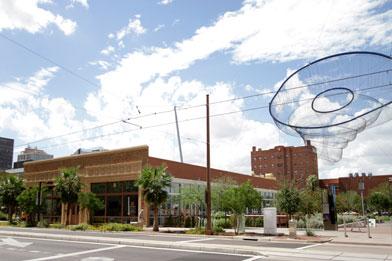 The A.E. England Building is located on Central Ave. in the Civic Park Space across from ASU's Downtown Phoenix campus.  For driving directions, click on the map button below and then select "Directions," or contact our office.
Map

There are multiple Visitor Parking options at ASU's Downtown Phoenix campus. The closest parking to the A.E. England Building is the ASU Visitor Lot located on the southeast corner of Central Ave & Fillmore Street.  Review the parking map, http://www.asu.edu/parking/maps/downtown-current.pdf, for all ASU's parking options.  Visitor lots are marked in pink and the fee is $3/hour.

Volunteer at the "Dolores" film and discussion. 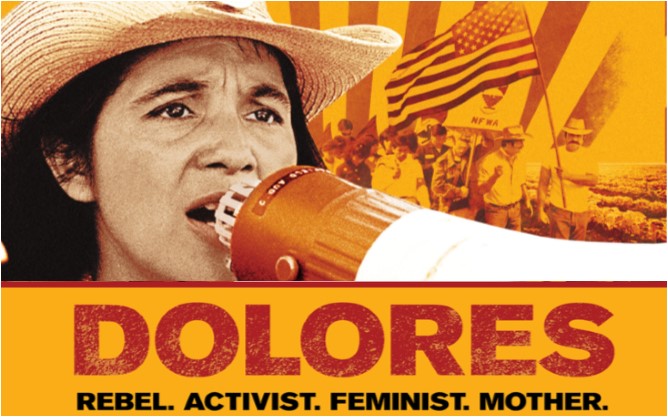