Inaugurated in 2014, Delivering Democracy has become one of the most anticipated annual events at ASU and in the communities of which the university and the center are a part. The program invites us all to consider the nature of democracy and the subtle, explicit, historic and contemporary issues that shape this essential national ideal. Delivering Democracy features visionary individuals who challenge the traditional boundaries of democratic ideals and address key challenges that emerge around issues of race and democracy. The CSRD envisions Delivering Democracy as a safe and inclusive space that enables us to overcome polarization and division. Join us for a memorable afternoon that provides an invaluable opportunity to enhance our shared understanding of the roots and possibilities of democratic striving.

The Reverend Dr. William J. Barber II is a champion of civil rights, human rights and courageous social transformation.  His intentional leadership, unwavering commitment to bold organizing, compelling oratory and visionary writing has called many together to honor humanity and to work tirelessly to achieve necessary and urgent social, economic, political and cultural change.

Reverend Barber is the President and Senior Lecturer of Repairers of the Breach and Co-Chair of the Poor People’s Campaign: A National Call For Moral Revival. He also is Bishop with The Fellowship of Affirming Ministries, Visiting Professor at Union Theological Seminary, and Pastor of Greenleaf Christian Church, Disciples of Christ in Goldsboro, North Carolina.  During his 11-year tenure as president of the North Carolina NAACP, he presided over the largest state conference in the South and he currently sits on the National NAACP Board of Directors.

Reverend Barber is a purposeful public intellectual who has appeared on major news networks such as CNN and MSNBC and been featured in The New York Times, The Washington Post and The Nation. He is the author of four acclaimed books that have underscored for many his deep understanding of both the power and potential of true democracy.  His best-selling books include We Are Called to Be a Movement (2020); Revive Us Again: Vision and Action in Moral Organizing (2018), The Third Reconstruction: How a Moral Movement Is Overcoming the Politics of Division and Fear (2016); and Forward Together: A Moral Message for the Nation (2014).

Dr. Barber is the architect of the Forward Together Moral Movement. This historic effort brought tens of thousands of North Carolinians and other moral witnesses together in a peaceful 2013 gathering to encourage North Carolina state legislators to embrace moral public policy agendas. Three years later, in 2016, Rev. Dr. Barber led the largest coordinated action ever implemented in the United States and with thousands of individuals, Reverend Barber again called on state governments to embrace moral public policy.  In 2017, Rev. Barber led over 800,000 people in the largest moral march in North Carolina state history, again with the goal of encouraging legislators to enact moral public policies.

Reverend Barber’s work is deeply inclusive and consistently reflects his unwavering commitment to civil and human rights of all people.  He is a celebrated speaker who has been sought out by a wide variety of organizations ranging from the 2016 Democratic Convention to small organizing committees of domestic workers, fast food workers, and national gatherings of Christians, Muslims, Jews, and other people of faith.

Delivering Democracy 2021 would not be possible without the generous support of our sponsors. We thank them for making this signature CSRD program possible!

We invite you to connect virtually with Arizona-based, national and international Community Resource partners in customized Zoom sessions that will be held during week of April 12 thru April 16 from 4-5 pm AZ time.  We will be hosting interactive Zoom sessions with community partners and Delivering Democracy 2021 attendees can choose the Zoom rooms that they want to visit.  Plan your engagement with community partners, just click on the link below. The available times for the Zoom sessions will be starting Monday- Friday 4/12-4/16 from 4-5 pm.

Where: Livestream and interactive zoom sessions with community organizations 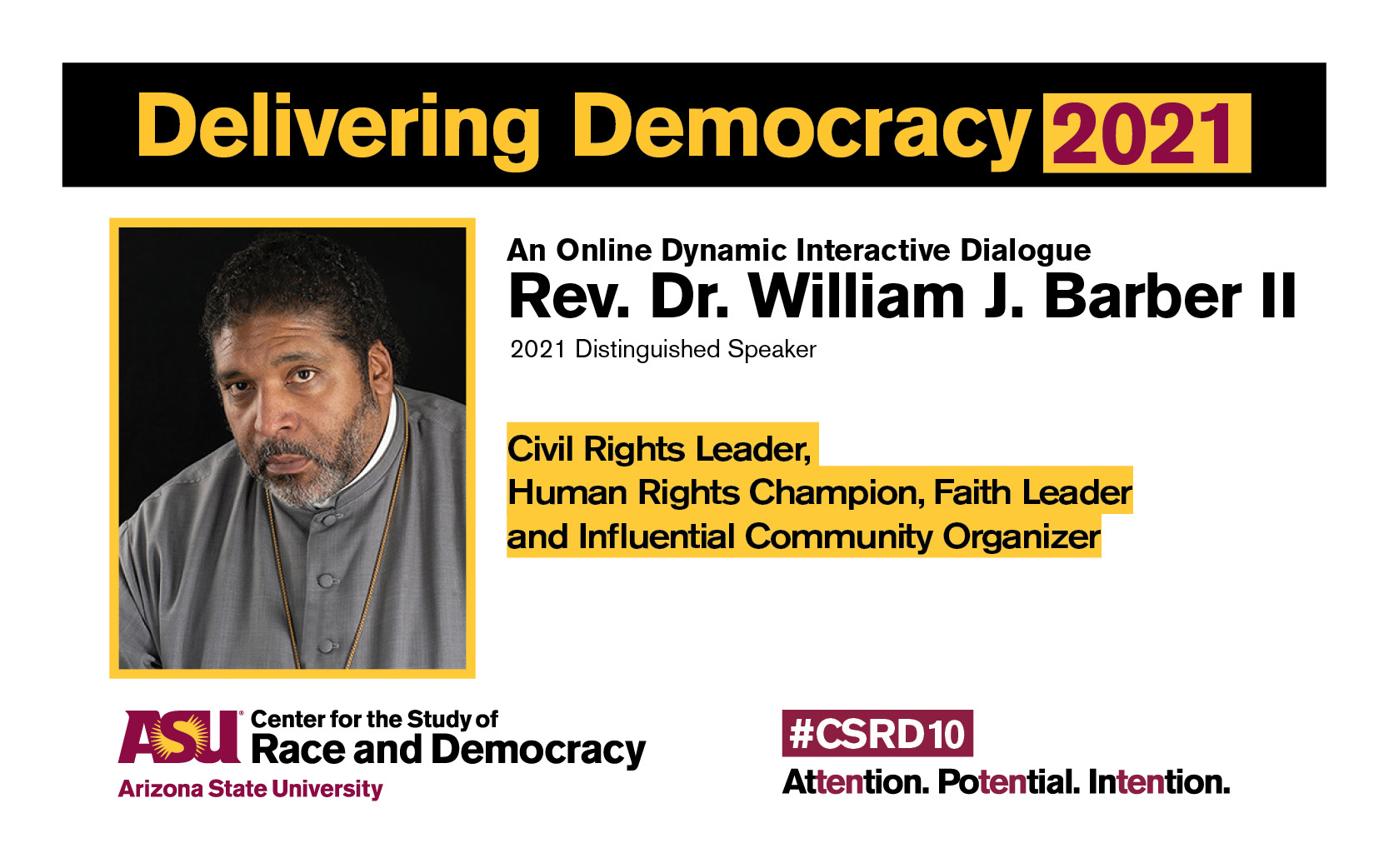