Attend the Advocacy Institute and learn the nuts and bolts of advocacy and law-making in Arizona.

Through panel presentations and issue-specific breakout sessions (see below), nonprofit organizations, community groups and individuals will learn about the mechanics of the legislature, who’s who at the Capitol and what to expect in the 2019 Arizona Legislative Session. Advocacy strategies, message framing and delivery, influencing Arizona power-brokers and how and when to collaborate for maximum impact are just some of the topics explored during this intensive, full day institute to help you get your voice heard by the Arizona legislature!

The advocacy institute will close with a networking reception.

Free |  Open to the Public  |  Lunch Provided
Nonprofit and community groups are especially encouraged to attend!

An award-winning journalist, Luige del Puerto covers state politics and oversees the newsroom of the Arizona Capitol Times. He also manages the business units of Arizona News Service. In addition, del Puerto edits the Yellow Sheet Report and the Legislative Report, Arizona’s premier political tipsheets. He is a native of the Philippines and previously worked in Manila for the nation’s largest daily newspaper, The Philippine Daily Inquirer. At the Inquirer, he covered crime, labor, elections and national security. He was also part of the paper’s special projects team and covered several coup d’état attempts in his home country before moving to the United States in 2006. Del Puerto graduated with honors from the school of journalism at the University of Philippines. He joined the Arizona Capitol Times shortly after moving to Arizona. He has won numerous local and national awards in the U.S. for his reporting about politics, including earning first place for politics and government reporting in the Arizona Press Club’s annual contest.

*Schedule is subject to change

Gateway Community College is located on Washington St., east of 44th St. The campus is easily accessible from major freeways including the Loop 202 Red Mountain and from AZ 143. For driving directions, click on the map button below and then select "Directions," or contact our office.
Map

The parking lots south and west of the Integrated Education (IE) building are the closest to the venue. Parking is free and you may park in any space not marked as reserved, restricted or employee. For the campus map visit, https://www.gatewaycc.edu/about/washington-campus

Gateway Community College is easily accessible by public transportation, including light rail and bus. The closest light rail station is located at 38th St./Washington St. and there are bus stops along 44th St. For the schedules visit, https://www.valleymetro.org/.

Volunteer at the Advocacy Institute!

If you have any issues with the registration below, you can also access the volunteer site at https://advocacyinstitutevolunteers.eventbrite.com. 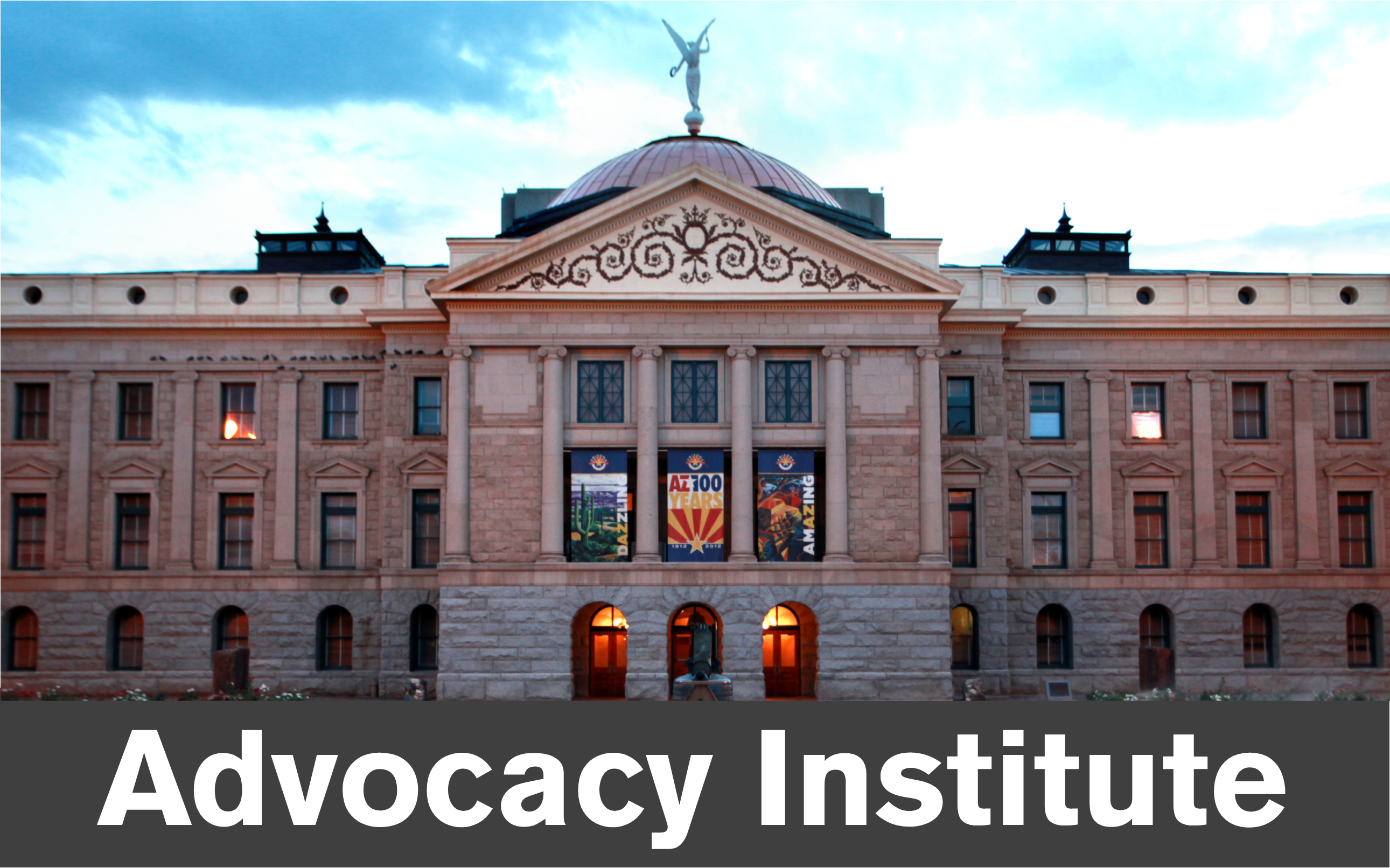 School of Community Resources
and Development