A Blessing to One Another: Pope John Paul II and the Jewish People

Jerzy Kluger, a Jew, and Karol Wojtyla, a Catholic, were separated in 1938 to be reunited over 25 years later in 1965. When Karol Wojtyla became Pope John Paul II, Jerzy Kluger agreed to be his personal emissary to the State of Israel. Together they shattered the chain of 2,000 years of troubled history between Christians and Jews.

The exhibit includes photos, videos, documents and artifacts from over 20 different museums and individuals. It is divided into four sections, including the lives and childhood of the friends in Wadowice, Poland; the Holocaust and World War II; the survival of Jerzy Kluger from the concentration camps and Karol Wojtyla's rise from priest to cardinal, and the reunion of the friends after the war and their work to bring healing between their two faiths highlighting their historic trip to the State of Israel in 2000.

The message of this Blessing Exhibit - openness, respect, dialogue and reconciliation - is a timely one for all of us in Arizona as we approach our Centennial. It is an example of how we can live our faith to forge relationships, face contemporary issues together, and build healthy, harmonious community. 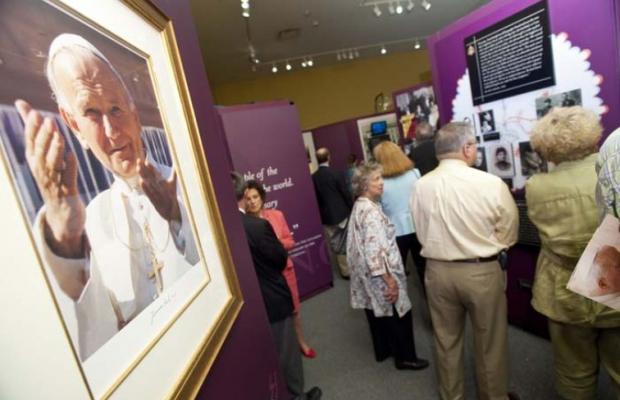